Cedar Fair (NYSE:FUN) was upgraded by analysts at ValuEngine from a “hold” rating to a “buy” rating in a note issued to investors on Monday, ValuEngine reports.

Cedar Fair (NYSE:FUN) last released its quarterly earnings data on Wednesday, May 6th. The company reported ($2.27) earnings per share for the quarter, missing the Zacks’ consensus estimate of ($1.72) by ($0.55). Cedar Fair had a negative return on equity of 159.40% and a net margin of 2.74%. The business had revenue of $53.60 million during the quarter, compared to analysts’ expectations of $51.16 million. During the same period last year, the company earned ($1.49) earnings per share. The firm’s revenue was down 20.0% compared to the same quarter last year. On average, analysts expect that Cedar Fair will post -4.21 earnings per share for the current year.

Featured Article: What is a Lock-Up Period? 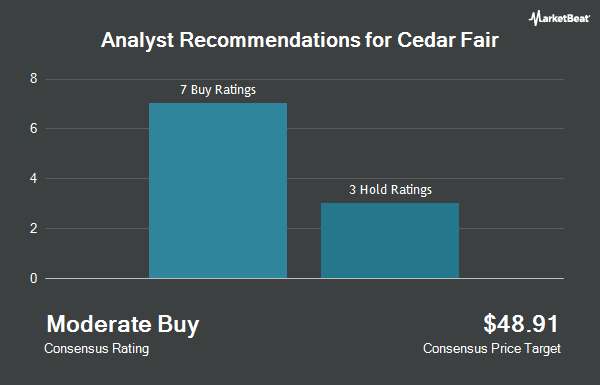 $518.93 Million in Sales Expected for IDEX Co. This Quarter

Complete the form below to receive the latest headlines and analysts' recommendations for Cedar Fair with our free daily email newsletter: